News and Commentary for January 14 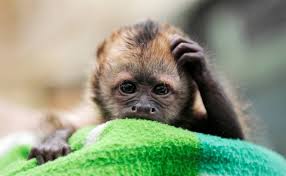 Considering what politicians are doing to our Military pensions, I am scratching my head too.

I shake my head in true dismay. And frustration. “Incredibly, the House GOP has just agreed that the only group deserving budget punishment in the new spending deal is the career military.  It is an obscene deal, one made worse by a patently cynical attempt to hide the blow to the military by “restoring” cuts to the pensions of wounded veterans.  A vote for this betrayal of the military will haunt every Republican who supports it.” A Terrible “Deal” In Which Only Career Military Are Called Upon To Sacrifice

Calling them out. “3. “That situation might look simple in Washington, where the human rights of terrorists are often given high priority. And I am certain liberal politicians would defend their position to the death. Because everyone knows liberals have never been wrong about anything. You can ask them. Anytime.”” (p. 37) 10 Best ‘Lone Survivor’ Takedowns of Liberal Media

Shame on them. “On every level and from every perspective — from pure national interest to the purely moral — the decision by the Obama administration and the Democratic party to withdraw American troops from Iraq and Afghanistan is indefensible.” The Immorality of Leaving Iraq and Afghanistan

Will it work? Five years ago I’d say “no way” but now I am not so sure. “President Obama has all but announced that this fall’s House and Senate campaigns should focus not on the collapse of American influence abroad, or on the continuing disaster that we know as Obamacare, or even on the apparent inability of his policies to create jobs, but on “income inequality.”” Obama’s drives to stoke class warfare to win midterm elections

“But the excerpts suggest that Gates sees Obama as out of line with the continuity he admires in his predecessors. Clinton’s cynical opposition to the Iraq surge and Obama’s half-hearted commitment to his Afghanistan strategy are in jarring contrast with his description in Shadows of Ford, Carter, Reagan, and Bush I. “For each,” he writes, “the country came first,” and “each, in his own way, was a modest man.” Let’s see if in the full text of Duty he says the same of Obama.” Obama: A New Kind of Commander-in-Chief

Hurting the most vulnerable with more government mandates. “In other words, Eric Holder, sitting in Washington, knows better than the thousands of people who run public schools across the country what kinds of sanctions are necessary to preserve some semblance of order in the classrooms, so that hoodlums do not make the education of their classmates impossible.” Politics Versus Education

Read this and weep. “Despite all the hype of tightening underwriting, CFPB’s celebrated new mortgage rules in fact require no minimum down payment or credit score — the two most important safeguards against default and foreclosure.” New Mortgage Rules Another Empty Obama Promise

Listen up! “But if Christie has gone from GOP frontrunner to possible has-been in the wake of his Bridgegate scandal, Rubio has a chance to start over in 2014. Though it’s unlikely that many anti-immigration die-hards will forgive him for speaking common sense about the issue, Rubio’s address at the Capitol last week on the 50th anniversary of Lyndon Johnson’s “War on Poverty” gave his year a promising beginning. As James Pethokoukis rightly noted at the AEI Ideas blog, his “new anti-poverty plan offers a dramatic, even radical revamp of the American welfare state” that attempts to raise the incomes of the poor without falling into the trap of big government.” Rubio’s Poverty Pitch What the GOP Needs

Equality will make us all equally poor, well with the exception of the elites in government and those connected to them. They won’t be impacted. “The irony is that free people usually create far more wealth than the coerced, which makes the lower echelons better off, a fact that reminds “equality” is usually about empowering progressive elites rather than materially helping the poor. Moreover, in a free society, there are all sorts of forces — religion, constantly improving and ever cheaper technology, family pressures, honor, shame, philanthropy — that redistribute wealth either naturally or through the consent of the giver, and far more effectively than creating a huge government equalocracy that seeks power to bully others and exempt itself.” The Idol of Equality

Consequences. “No one should be thrilled that restaurant workers have to settle for wages of $5 per hour plus tips. But a steady job at that level is better than no job at the $12 base pay ordered by the arbitrator. The casino sought to raise food prices to compensate for the increased costs, but the law of demand applies to consumers as well. In hard times, they won’t stand for the increased prices, so the casino closed a food operation that could only operate at a loss, leaving 175 union members to scramble for jobs.” How Democrats Kill Jobs

Getting government back to the way it was supposed to work is critical. “The Senate exists to prevent that. Because without a moderating institution like the Senate, today’s majority passes something and tomorrow’s majority repeals it; today’s majority proposes something, tomorrow’s majority opposes it. We see that in the House all the time. But when the Senate is allowed to work the way it was designed to, it arrives at a result that’s acceptable to people all along the political spectrum…” Senator Mitch McConnell Shows There is At Least One Adult In The Room

“Second, and much worse, is that President Obama sought the power to decide when the Senate is in session. In this case, President Obama claimed that the Senate’s pro forma session was not a real session under the Constitution, and therefore he could do as he liked. This is not for the president to decide.” The President’s Recess-Appointment Overreach

When the victim is a conservative just sweep it under the rug—nothing to see here. “Here’s a January column opening we could have written early last summer when the broad scale of the Internal Revenue Service’s intimidation of conservative political groups began emerging.” Wouldn’t you know, FBI says it can’t find anything illegal in all that IRS intimidation

“The Journal reports that the Federal Bureau of Investigation is unlikely to file any criminal charges in the targeting of conservative political organizations by the Internal Revenue Service. Yet Cleta Mitchell, an attorney who represents many of the targets, says that the FBI has never contacted any of her clients to discuss their treatment at the hands of the IRS. “Shouldn’t law enforcement talk to the victims in an investigation?,” she asks in an email.” That’s like investigating a burglary without interviewing the burgled,” notes a Journal editorial. The FBI’s IRS Outrage

“Maybe the FBI is right, that it’s just all a big misunderstanding, that IRS officials were only at the White House for Easter Egg rolls. Even so, our Constitution doesn’t leave accountability to the judgment of the FBI. To the contrary, our system holds that the American people, through their elected representatives in Congress, have the right to know what their government is doing. In short, if the threat of criminal charges has in fact been removed, there’s no more excuse for Lois Lerner not to tell us, under oath, what she was apparently afraid to say in May.” The ‘crime’ of the IRS

What state rights? “Demonstrating his disdain for the 10th Amendment and the rule of law, Mr. Holder said Friday the federal government would recognize the marriages of homosexual couples who wed during the two-week period such unions were made legal in Utah by a federal judge.” Obama ignores Constitution by recognizing same-sex marriages in Utah

“What I don’t understand is this: healthy young people are desired in the exchanges because they pay too much for their insurance, thereby subsidizing older, sicker participants. But the figures released today show that so far, a whopping 79% of all signups are eligible for subsidies. The small minority who do not receive subsidies (21%) are obviously not enough to pay the freight for the 79% who get government money, so it is hard to see how Obamacare can ever add up as a sustainable program. Unless the administration assumes that it will be an endless drain on the federal budget.” Obamacare Numbers Aren’t Adding Up

“Indeed, it looks like ObamaCare will create twice as many losers as winners in 2014. The Congressional Budget Office projects that 16 million will gain coverage via the law’s Medicaid expansion (9 million) and subsidized exchange plans (7 million) — and even that’s rosier than the enrollment figures we’ve seen so far. Thirty million losing insurance; 16 million gaining it. It’ll be hard for Democrats running for election this fall to defend a law that hurts twice as many people as it helps.” Another 25 million ObamaCare victims

“So far, the government is on a losing streak. In 19 of 20 cases, including the Little Sisters’, judges have granted preliminary relief to the non-profits, allowing them to press their claims. The administration should take the hint.” Obamacare overreach tramples Little Sisters: Our view

““When you get into the details of the plans, it’s not all written in Spanish. It’s written in Spanglish, so we end up having to translate it for them,” Adrian Madriz, a Miami-based Obamacare “navigator” frustratedly told the AP. I feel your pain, Adrian. Opponents of the law have been trying to translate the official line for years now — and all we have got to show for our efforts is this lousy, shoddy, embarrassing — and now polyglot — disaster.” The Obama Administration Presents Spanglish.Gov