News and Commentary for January 9 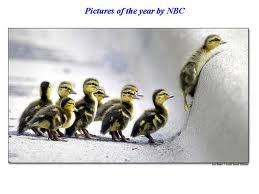 Tough roads ahead for all of us. But we can do it!

Let’s hold Rep. Sinema accountable. We’re tired of the white washing of who she really is. “The congresswoman is obviously feeling the political persecution of voters in her district as Obamacare exemplifies another liberal big-government failure. Remember that Kyrsten was hand-picked by the Obama Administration a few years ago as the administration’s chief saleswoman for Obamacare in Arizona. Kyrsten took her Obamacare sales pitch across the State of Arizona as a lead up to her campaign for Congress. Now she’s feeling the heat and looking for any creative messaging to assuage the anger of voters in her district.” More Political Taqiyya from Kyrsten Sinema

Absolutely despicable that Obama played politics with our military. “When a man who has worked for every president since Nixon, barring Bill Clinton, says that the White House was by “far the most centralized and controlling” since Kissinger had ruled the roost, it is not a criticism that can be lightly batted away.” Robert Gates’s memoirs add to the sense that Obama’s presidency is unravelling

“The Obama administration was blindsided’ by bombshell accusations in a book by former secretary of defense Robert Gates, according to a White House staffer with knowledge of Tuesday’s events in the White House. ‘They’re breaking it down and dividing it up in the West Wing,’ the aide told MailOnline, describing a frantic scene. ‘No one saw this coming.’ ‘This is very, very bad’: White House insider reveals how Obama was ‘blindsided’ by former defense secretary’s damning allegations in explosive new book

“Hunter gave the exactly right answer: “We won in Iraq,” he said first. He then noted that his father, who had served in the Congress for more than a generation, wrote a book called “Victory in Iraq.” He reiterated the point, saying that by 2010, we’d won the war in Iraq. The question was whether we’d abandon what we’d won. “This president,” Hunter said, referring to Barack Obama, “left for purely political reasons.”’ Nam comes to Iraq: Losing to al Qaeda, after winning

True words. ““I’m beginning to really bristle at this progressive label for de Blasio’s programs and Obama’s programs,” Giuliani said during an interview this morning with radio host Geraldo Rivera. “There is nothing progressive about anything they are recommending,” Giuliani said. “It’s all retrogressive. Every idea is 130 years old. … To tax the rich, to set up class warfare, to try to bring people out of poverty through entitlements is a terrible mistake. That is what Bill Clinton declared in the mid-1990s, you know, ‘Welfare will end as we know it.’ It was ruining people, it was making them dependent. You got to break that cycle.”” Giuliani: ‘Nothing progressive’ about de Blasio’s ideas

It seems we have our very own bully on the Right. “New emails that surfaced Wednesday suggest a top aide to New Jersey Gov. Chris Christie was directly involved in closing lanes on the George Washington Bridge to create traffic jams as retribution against a Democratic mayor who declined to endorse Christie.” Christie quiet after emails link his staff to bridge scandal

For the press, what’s going to have more legs? Chris Christie and the bridge, or the IRS scandal? “From the comments: “For pettiness, I believe this bridge fiasco is more on a par with the shutdown of federal parks during the government shutdown than the IRS abuses. The IRS abuses appear to be intimidation for election purposes. The park blockades appeared to be pettiness to prove a point. The bridge fiasco also appears to be pettiness to prove a point.” Good point.” JAMES TARANTO: Road Rage: Chris Christie, the George Washington Bridge and the IRS.

“The next 24 hours will be crucial for Chris Christie, top Republicans say.” Christie’s Crucial 24 Hours

Long-term damage. “The final reason that the next GOP administration will have a hard time undoing the nutty radical policies of the Obama-era DOJ is the existence of consent decrees. These consent decrees don’t vanish just because President Obama will in 2017.  They remain in force, and the next administration will still have to enforce them.” 3 Reasons Why the Radical Anti-Discipline Policies at DOJ Will Outlast the Obama Era

“Meanwhile, poor black and Hispanic kids who are struggling to get educations in substandard urban public schools are being done great disservices; actually, moral injustices. Holder wants to saddle good kids who are trying to improve their lives with kids whose criminal behavior is at best disruptive to learning and, worst, prevents real learning from occurring.” Putting the Chill on Discipline

“Sold on a lie, cloaked in deception and passed on a trick just this side of legal, this act is not merely an outlier but also an outlaw in the legislative history of our republic. It deserves no respect, gets none from the public and therefore can’t last very long.” It may be ‘the law,’ but Obamacare deserves no respect

“The Left doesn’t bother to observe the rules they inflict on everyone else, obviously. And we must always point this out.” Glenn Beck: “Let’s not become what we despise”

Challenging a Leftist lie. “One of the things that provoke the Left into bringing out the “trickle-down” bogeyman is any suggestion that there are limits to how high they can push tax rates on people with high incomes, without causing repercussions that hurt the economy as a whole.” The Trickle-Down Lie

“The newly flowering buds of Marxism no longer reside on the fringes. Not when the president of the United States has declared fighting income inequality his chief task as commander in chief. Not when Senate Majority Leader Harry Reid, D-Nev., has said that America faces “no greater challenge” than income disparity. Not when MSNBC, The New York Times and the amalgamated pro-Obama media outlets have all declared their mission for 2014 a campaign against rich people.” Why Socialism Is on the Rise

“The War on Poverty itself has produced today over 80 federal welfare programs that cost about $1 trillion a year (the national GDP average of countries in the OECD, known as the rich man’s club, is $1.4 trillion). The cost would matter less if the programs succeeded in easing Americans out of poverty and helping them become upwardly mobile. The problem, however, is that many of the poor become entangled in the safety net that was supposed to help them.” Hispanics and the War on Poverty

“Rubio offers a great example of how conservatives should be thinking about poverty in America, and about the conceptual perversity and (resulting) practical inadequacy of our vast array of anti-poverty programs. And he helps us also to see how the Democrats’ misguided emphasis on inequality as the core of that problem opens up real opportunities for Republicans to lay out for the country their vision of the American dream, and their agenda for helping more Americans achieve it.” Rubio on Poverty and the Welfare State

Uh oh. “One worrisome trend; the number of indies leaning Democratic has increased while the number leaning Republican has gone down. Independents don’t vote in great numbers in off year elections so it probably won’t hurt the GOP very much next November. But Republicans have to find a way to reverse that trend or the Democrats will cruise to another victory in 2016.” 42% of Americans now identify as political independents

“Democrats aren’t known for giving the nomination to the previous cycle’s runner-up. In fact, they are much more likely to kick the losers to the curb. But their devotion to Clinton is based on several factors. First, theirs is a party driven by identity politics; I have no doubt that a man with similar credentials and longevity would have to battle it out. To be crass, Democrats elected an African American, so now it is time for a woman, many Democrats feel.” Why Dems will go down with the S.S. Hillary