News and Commentary for December 30 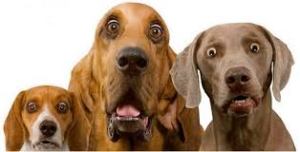 We’ve got three more years of this. Ugh. “One of Barack Obama’s chief accomplishments has been to return the Constitution to a central place in our public discourse.” President Obama’s Top 10 Constitutional Violations Of 2013

How convenient. “The personal e-mail account of a State Department whis­tle­­blower was hacked, and four years worth of messages — some detailing alleged wrongdoing at the agency — were deleted, The Post has learned.” State Dept. whistleblower has email hacked, deleted

Out of control. “The year promises to be chock full of contentious fights over scores of new rules stemming from ObamaCare, Dodd-Frank and a host of other laws.” Regulatory fights loom large in 2014

Stop the slide! “The authors say the declining economic value of men and the rise in women’s achievement contributes to the breakdown of the American family by making marriage less valuable. Then, with more out-of-wedlock births and single-parent households headed by women, the lack of a male role model hurts boys in particular, both economically and academically.” Examiner Editorial: The real gender war is against boys

Oh goody! “The wheels of what is quickly becoming a clutch piece of campaign strategery are already well in motion; the White House has already declared their support for a proposal that would jack up the minimum wage to $10.10/hour, and the Obama administration is planning more presidential speeches throughout the year that they hope they’ll be able to conveniently time along with any minimum-wage votes in Congress.” Democrats, White House, Big Labor getting ready to go big on minimum wage in 2014

Government take over. “With the nationalizing of the American healthcare system well underway, nationalizing public education pre-K through 12 is the next big thing on the progressive agenda.” ObamaCore Public Education

Envy. “There seems to have been a significant change in the character of many Americans from the lower social classes. Motivated, perhaps, by the explosion of entitlement programs since 1960, at least if Nicholas Eberstadt is correct, a not-so-subtle change in the American character has left sizable portions of people from the lower social orders driven by greed and envy. These people have learned that being on the government dole, at the expense of those wealthier than they, is no longer a source of embarrassment. If that is true, it little wonder that Obama and other leftists wage class warfare.” The Evolution of Class Warfare in America

Don’t blow it. “West Virginia would be an excellent pick-up opportunity in the GOP’s efforts to take the Senate majority next fall, and solidifying their hold on their House seats would just be icing on the cake. Only a year or so ago I’d have not even listed this race on the radar, but it’s looking extremely competitive now.” A GOP “dam ready to break” in West Virginia

Trade offs. “Governor Martin O’Malley’s aggressive green agenda has favored expensive renewable-energy sources, driving up the cost of electricity. The 784,000 Marylanders who are living in poverty, and many more on the brink of it, have been particularly hard hit, even though sometimes the cost is offset by subsidies.” Maryland’s Low-Energy Chill

Protection at all cost. “To help put Hillary Clinton in the White House, the once-great New York Times has published a dubious report swallowing the Obama administration’s lies about the Sept. 11, 2012 Islamist attack on the U.S. mission in Benghazi, Libya.” The New York Times’ Benghazi Revisionism

The media must protect Hillary—truth be damned. “How are we to understand the Times’s latest entry into the contest to rewrite history for ideological fun and profit?  My own sense is that it has less to do with salvaging President Obama’s tattered reputation — he is well on his way to winning the prize for the least competent and most destructive president in the history of the republic. No, Barack Obama is yesterday’s news, and unless and until he is impeached and removed from office he will be pretty much forgotten by purveyors of all the Newspeak fit to print. They have their eyes on another player in the Benghazi scandal, namely Hilary Clinton. If anyone emerged from that shameful episode more discredited than Barack Obama, it was Ms. Clinton. But time is passing fast, and there is a lot of remedial work to do if Hilary Clinton is to be suitably repackaged as the Democratic candidate for president. That ambition, I believe, stands behind this elaborate, breathtaking exercise in journalistic mendacity.” Benghazi: The New York Times vs. the Truth

The truth will get out. It must. “They’ve been sitting on these guys hard to keep them quiet. Not sure it’ll work forever.” ‘Completely false’: Sources on ground in Benghazi challenge NYT report

Slow learners. “There is a growing sense among Americans outside the Beltway that while President Obama may be a good talker, he is a lousy manager.” After ObamaCare, NSA, Benghazi scandals could 2014 bring course correction for Team Obama? Don’t bet on it

Keeping the low information voters uninformed. “If they had better numbers, we’d know them.” OBAMACARE CLAIMS ONE MILLION SIGNUPS AND THE AP GUSHES.

Chaos. “Fearing that the will be unable to use the doctors and hospitals they want with their new plans, doctors are reporting a massive uptick in the number of patients calling for preventative procedures or moving up their planned surgeries to prevent a disaster once Obamacare measures strike.” Thousands Scramble to Get Medical Procedures Before Obamacare Begins

Taxes, taxes, everywhere. “Wasn’t the Affordable Care Act supposed to be about expanding coverage in part by lowering premiums, not slapping on more overhead? By this liberal logic taxing cigarettes should create more smokers.” A Large New Tax on Small Business

Get ready for the propaganda. “With the Obamacare website now largely operational, the first phase of the battle is over. But unless the GOP stays on its toes, they are likely to be buried by the administration PR machine.” One Million Obamacare Sign-ups in December

It’s going to be a long year. “A sneak peek at America 2014 from the Ghost of Christmas Future. It’s not the premiums that are killing these people, although those are higher in some cases too. It’s the out-of-pocket costs. The media coverage of O-Care has paid less attention to those for the simple reason that no one’s actually incurred them yet. That’ll change on Thursday.” Case study: Auto dealership workers cope with ObamaCare sticker shock after company plan is canceled