News and Commentary for October 4 and 5 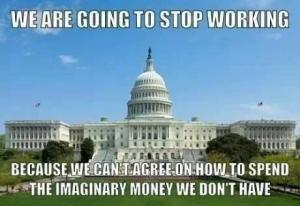 As Instapundit.com reminds us, in 2009, at our very own Arizona State University, Obama joked about having the IRS audit his enemies. And has Freud stated, “There are no jokes.” “Carson on Wednesday told Fox’s Bill O’Reilly that the IRS began examining his real estate holdings after his speech to the National Prayer Breakfast in February, in which he used tithing in the Bible to make a compelling case against progressive taxation. A humiliated Obama sat steaming a couple of seats away.” Ben Carson’s IRS Audit Can’t Possibly Be Coincidence

This is just the way Obama rolls. Just a reminder: Obama became a senator of Illinois because he got the divorce records of his Republican opponent unsealed. “The National Organization for Marriage (NOM) announced Thursday they will file suit against the IRS, accusing the agency of violating federal law by leaking the organization’s private donor list in 2012.” Marriage group sues IRS over leak of private donor list

A trip down memory lane to remind us what really is going on. “Obamacare/shutdown battle has spawned myriad myths. The most egregious concern the substance of the fight, the identity of the perpetrators and the origins of the current eruption.” Who shut down Yellowstone?

This won’t always happen “accidentally.” “Minnesota insurance broker Jim Koester was looking for information about assisting with Obamacare implementation; instead, what landed in his inbox last month was a document filled with the names, Social Security numbers and other pieces of personal information belonging to his fellow Minnesotans.” Obamacare Marketplaces Raise Data Security Concerns

It’s all about creating a narrative to blame the shutdown entirely on the Republicans—even though it’s the Democrats that are refusing to negotiate in good faith. “However, Meyer says he too got orders yesterday, directly from the White House, to close up shop.” Obama Administration Forces Hundreds of Privately Funded Parks to Close Amid Shutdown Hat Tip: Lucianne.com

So even though you are in our country illegally, you can “legally” obtain a driver’s license and drive a car. Unreal. What the heck is happening to our country? California Grants Drivers Licenses for Illegal Immigrants

Rinse and repeat. “Congressional Republicans ought to memorize, and preface their every statement with, some simple formula. “One: Make Congress and the White House obey the same Obamacare rules you do. Two: Obama let business off for a year; we want workers to be let off for a year too. That’s the GOP plan. What part don’t you like?”” How to Talk to Liars

A companion piece to “How to Talk to Liars” above. We need to memorize all ten points! “1. Article One of the Constitution makes the Congress a separate-but-equal branch with the president. The president is not a king and cannot dictate terms. The House, especially, is the People’s House, elected most often to most closely represent the views of the people.” The GOP’s Argument In Ten Points: What The Key Republicans Need To Be Saying Everywhere, All The Time

HAHAHAHA—Does this man know how stupid he sounds? “There’s nothing more dangerous than the Egotistical Idiot whose personality dysfunctions effectively hide his incompetence from himself. Such a man will make mistake after mistake after mistake, and will never learn a damn thing from it, because his Ego will just keep telling him, “You’re the best.”” Obama: Why, Just Imagine If a Worker Wanted to Extract Concessions from a Factory. And So He Stopped Working and Shut the Factory Down. Imagine Such a Thing. He’d be Fired!

Everything this president says and does is disturbing. “Does the president actually think ObamaCare has nothing to do with the budget? He sounded like he believed that line, which is fairly disturbing.” Obama’s Communications Team Needs an Intervention

Yikes, this is a must watch. I hope these folks are not voting!!! Obama Supporters Don’t Know What Party Obama is Affiliated With

Bottom line, they don’t care about ANYTHING but winning, all at the expense of the American people. And they think the low information voters are buying their deception on the whole shut down thing. Senior admin official admits: We’re winning so it doesn’t matter to us when the shutdown ends

Double disgusting. It’s all about narrative, low information voters, and winning. “It’s a cheap way to deal with the situation,” an angry Park Service ranger in Washington says of the harassment. “We’ve been told to make life as difficult for people as we can. It’s disgusting.” The Cheap Tricks of the Game

Long but worth a read. “Obama thrives on crises, not solutions. That’s the key to this whole administration” and this “As long as this president controls the U.S. media, it doesn’t matter how much disaster he creates.  His corrupt media servants will tell their Lo-Fos that he is not responsible.” Dangerous Times: The Crisis-Monger

Obama is not interested in keeping us safe and here’s proof. “Shawn Moran, Vice President of the National Border Patrol Council, spoke exclusively with Breitbart News and claimed that Border Patrol management has begun the practice of ordering Border Patrol Agents to stand down and cease pursuing drug smugglers, human smugglers and traffickers, and illegal aliens. He also warned it could lead to illegal aliens entering the country from nations associated with terrorism.” Breitbart Exclusive: Exclusive–Border Patrol Rep Claims Agents Being Ordered to Stand Down

READ THIS AND THEN REMIND ALL YOUR FRIENDS HOW THIS MONSTER OF A LAW REALLY CAME TO BE. In the era of Obama, laws are made to be broken. “Tax legislation has to originate in the House; the health-care law didn’t.” Obamacare’s Unconstitutional Origins

Never let a crisis go to waste, and if there’s no immediate crisis, try to make one happen. “He’s attacking the economy and markets for his own gain.” Obama’s Reckless Default Fear-mongering

“I don’t think enough of us are alarmed yet.” Retaining America’s liberty requires an alarmed America

These are great Americans. But will our government propagandists in the media report? “There may or may not be a government shutdown in October, but truckers are heading toward Washington, D.C., regardless, aiming to shut the city down themselves.” D.C. Shutdown Is Full-Speed Ahead, Say Organizers of Trucker Protest